Configuring Acunetix to exclude scanning a portion of website

There are situations where you may need to configure Acunetix to exclude a portion of a web application from crawling and scanning. This might be required if the web application being scanned is too large, or if scanning part of the site might trigger unwanted actions such as submitting data.

Exclude Paths from the Site Structure of an existing Crawl / Scan

Adding an Excluded Path using this method is quite easy and can be accomplished as follows. 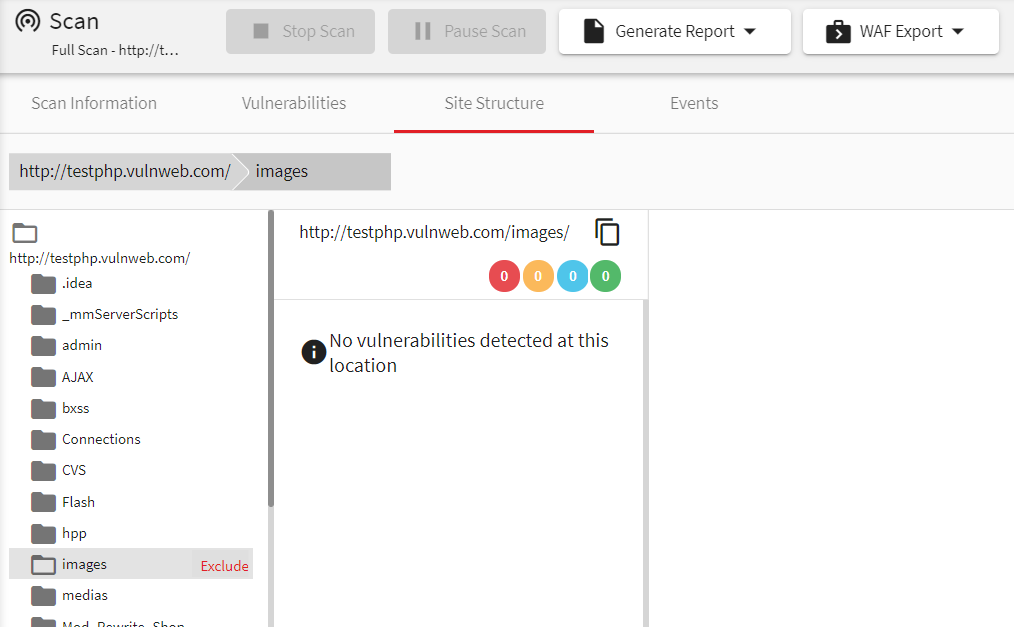 Exclude Paths in a Target’s Settings

Another method is to make use of the "Excluded Paths" option, which enables you to specify a list of directories and files to be excluded from a crawl. Multiple paths may be excluded for each Target.

Adding an Excluded Path can be accomplished as follows. 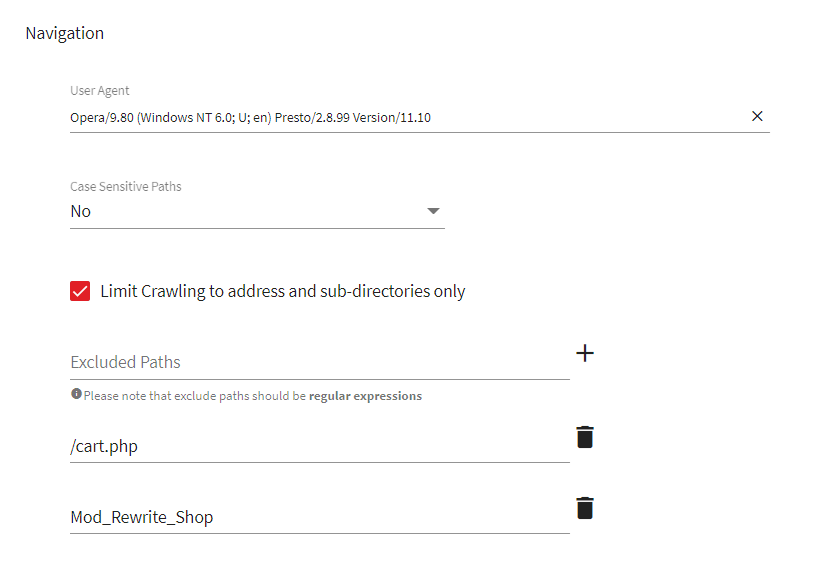 The format in which the exclusions should be created is with a forward slash at the front (/) and the path that should be after the Target URL. For example if you wish to exclude /dir2 which is in directory /dir1 from www.example.com, the exclusion should be created as such: /dir1/dir2/ where /dir2 will be ignored by the crawler. Do note that /dir1 and everything in it (except /dir2) will still be scanned.

Excluding Paths Based on Regular Expressions

The following are examples of regular expressions you can configure in Acunetix to restrict URL patterns.

See also: Configuring Acunetix to include only specific portions of a website

« Back to the Acunetix Support Page